Once you start using the Dewalt cordless inflator, I’m sure it will be one of your favorite tools. This unit has all of the features you’ll need from an inflator and it works stunningly well. If you’re on the process of looking for this kind of tool, well, you’re in luck because this Dewalt DCC020IB review will scrutinize the details of this inflator. I hope to give you a clear picture of what you can expect if you’ll get this Dewalt tool. Let’s begin!

Consider These Before Buying a Cordless Inflator

Before we delve deeper into the details of this Dewalt DCC020IB review, let’s first look into what makes a good cordless inflator. This will help you decide later on if the Dewalt inflator is the one that you’re looking for. 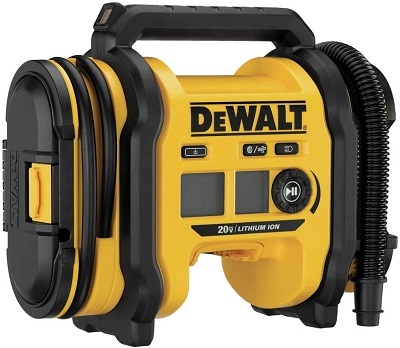 With the DCC020IB inflator, you can be sure that it is made of high-quality materials. It’s also pleasant to look at with its bright yellow color. The inflator’s core is solid so you can expect that even if you drop it accidentally, there won’t be much damage to it.

Carrying the Dewalt DCC020IB will also be easy because of the balanced weight and the handle found on top. The weight of the inflator is 5.5 lbs. without its battery. With it, there isn’t a very significant difference in the weight.

Among the features that I like about the DCC020IB is the space for the fingers when carrying it. Even with gloves on, it won’t be much of a problem carrying the inflator. It’s one of those tiny details that make this tool really easy to use.

The Dewalt DCC020IB features 2 LCD monitors. It also has buttons in front and a control wheel. With the monitors, you can control everything. The monitor on the left will show you the progress while you’re using the tool. The right monitor will display the desired PSI whenever you adjust the control wheel.

The control wheel is there so you can set the PSI as well as start or stop the inflator. The buttons and the wheel found on the tool’s front panel are big enough. You can operate them even if you’re wearing gloves.

As a modern inflator, the Dewalt DCC020IB is equipped with an auto-stop feature. What you need to do is to determine the desired PSI with the use of the wheel. When you’re ready, you can press the button to start. The inflator will stop automatically once the job is completed.

One thing that I wished the Dewalt DCC020IB had was a snap-on connector. It is not included in the purchase and you’d need to buy one separately. Usually, the snap-on connector is better and more preferred compared to the standard connector that is included with the tool.

To know-What Oil to Use in an Air Compressor 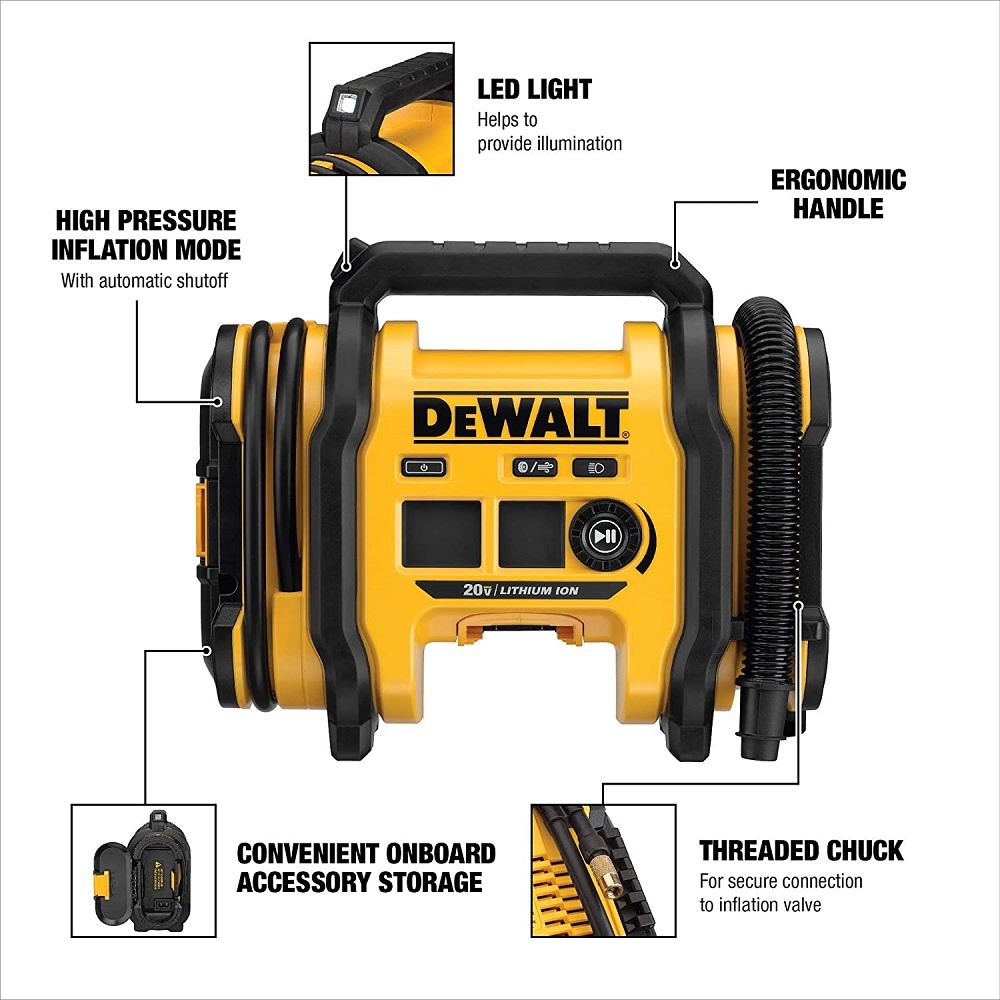 What Users Think of the Dewalt Inflator

Most of the comments from people who used this product are positive. As a Dewalt product, they had high expectations from this inflator. And of course, the DCC020IB did not disappoint. Many users like the fact that it has an auto-stop feature and also LED lights for when they need to use it in the dark. Users find it easy and convenient to use and they highly recommend it for those looking for a portable inflator.

Alternatives to the Dewalt DCC020IB

This Dewalt DCC020IB review won’t be complete if we don’t take a look at what other similar models are available in the market. When it comes to looking for a product, it’s vital to check if there’s something that can better fit our needs and requirements. Here are three alternatives to the Dewalt inflator.

If you want to know more about these inflators, check them out here. It’s best to know what other brands can offer you when it comes to inflators. You may want something with a different color, design, or other specifications. Good research on these things will help you make the right purchase. 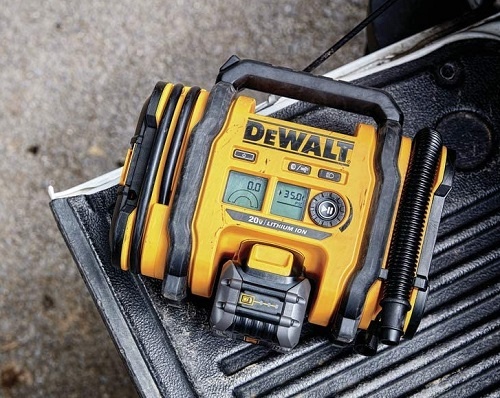 Dewalt DCC020IB inflator is a great tool to have. The features of the inflator are awesome and you will surely be satisfied with its performance. It is a good investment as it is cost-efficient, performs excellently, and will last for a good number of years. 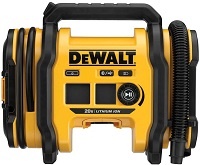